To study the modification of root

The main function of the root system is to provide proper anchorage and absorption of water and minerals from the soil. Roots sometimes modify its structure and shape and perform some special functions.

Let’s see some of the modifications of roots.

Storage roots become fleshy by the accumulation of stored up food. Very often the aerial parts of these plants die out during unfavourable seasons and, when the season becomes favourable again, new buds sprout either from the underground fleshy root itself or from a small bit of stem above.

Radish appears like a spindle, that is swollen in the middle and narrow towards both the ends. This type of root is known as fusiform root.

In the case of Turnip, it is spherical at the base and suddenly tapering towards the apex. It looks like a top and is known as Napiform root.

In sweet potato, the adventitious roots become swollen and do not assume any shape and are known as tuberous roots.

In Dahlia, the adventitious root arises in the stem base and becomes clustered. This type of root is known as fasciculated root.

In the mango-ginger (Curcuma amada ) and in Costus speciosus, only the apices of the adventitious roots become swollen like single beads. This condition is termed as nodulose.

Epiphytic or Aerial absorbing roots are the peculiar common roots seen hanging from the orchids . Epiphytes are provided with these aerial roots in addition to the clinging roots .

The aerial roots are greenish and covered with a spongy velamen tissue with which they absorb atmospheric moisture. They also carry on a little carbon assimilation because of the chlorophyll. Such roots are also found in some aroids. 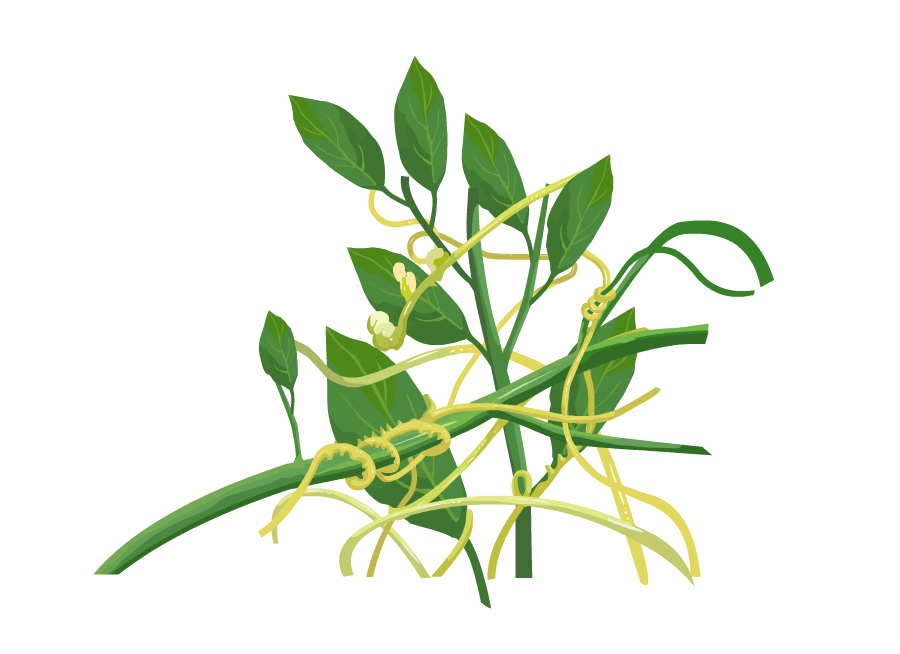 Assimilatory roots are green. In some trees, when surface roots get exposed, they turn green by the development of chlorophyll and carry on some carbon assimilation. Epiphytic roots also are assimilatory.

Examples -  Plants like Tinospora cordifolia (Menispermaceae) have long green aerial roots whose main function is carbon assimilation. They are green and assimilatory as well as shoot-forming.

The roots of some trees and shrubs growing in saline marshes (mangrove plants) suffer from the lack of oxygen. To cope with this situation some root branches grow vertically up (i.e., negatively geotropic) into the air from the horizontal secondary roots. Atmospheric air enters these roots through the minute pores of special lenticels (pneumathodes) on the exposed root tips. 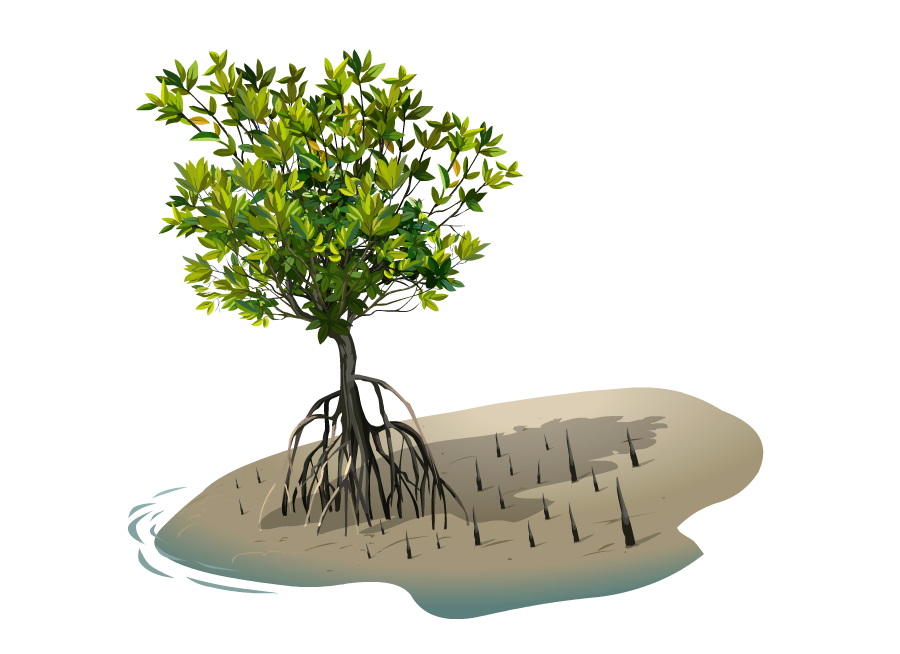 Cuscutta is a parasitic plant which develops fine spine-like roots known as sucking roots or Hautoria. These roots arise from the stem and penetrate  the small adventitious rootlets into the host plant and absorb nutrients from it.

Some of the plant roots are modified to provide mechanical support.

These roots grow vertically downwards from heavy horizontal branches of the Banyan tree and give mechanical support to them. Since the prop root is developed from the stem and not from the radicle these roots are modified adventitious roots.

Stilt roots of Sugarcane and Maize are supporting roots which arise from the lower nodes of the stem. These roots grow downwards and penetrate the soil and provide mechanical support to the plant. In betel and black pepper, the nodes and internodes bear roots which helps in climbing. 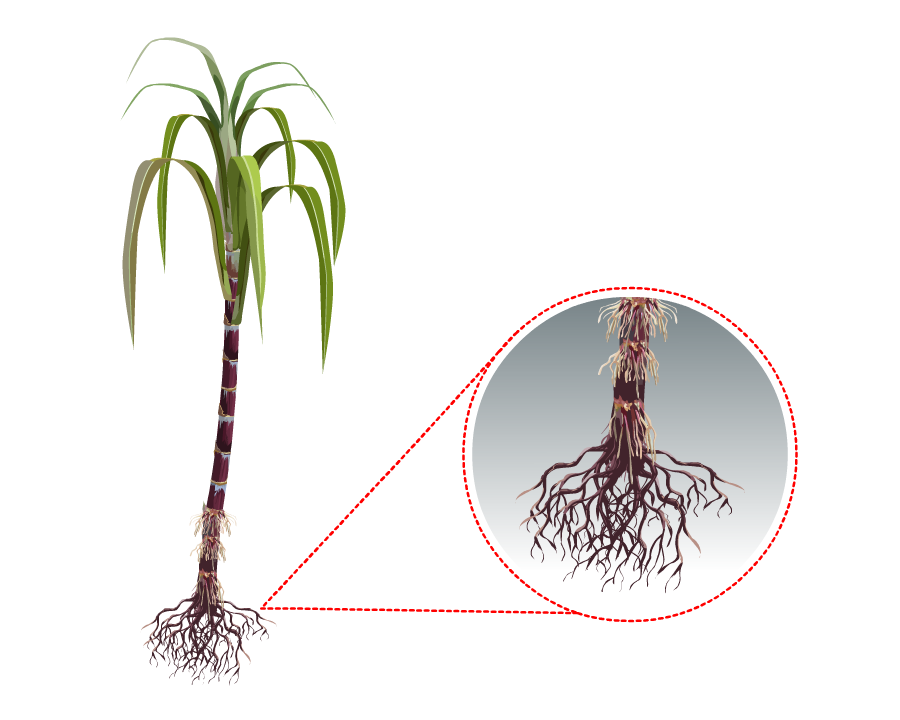 Some climbers can climb up their supports as adventitious roots growing from the nodes of the frail climber twine round and clasp the support as if the climber has been tied to the support at those points. Common examples are to be found in the aroid Scindapsus officinalis , the betel vine etc.

Epiphytes like orchids cling to their support by means of special clinging roots which enter the crevices of the support and fix the epiphyte. Clinging roots may carry on some absorption but are different from the specialised aerial absorbing roots.

Certain aquatic floating plants like fussiaea repens (Onagraceae) have special roots growing from the nodes in addition to the ordinary adventitious roots.

Their buoyancy helps to keep the plant floating. The large amount of air contained in the floating roots may also be of some use in the aeration (‘breathing’) of the submerged organs. 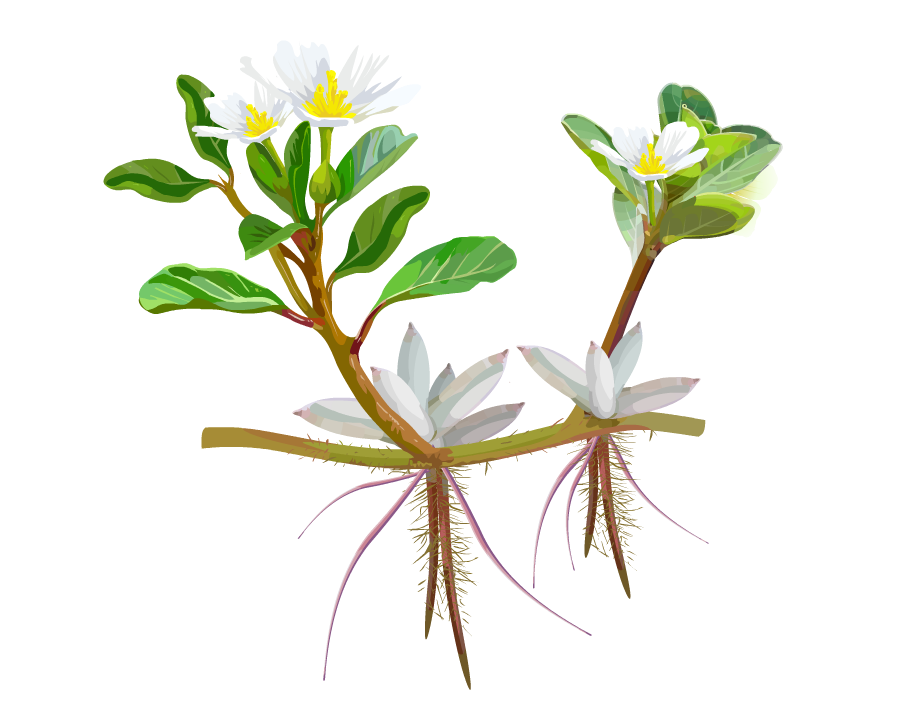