To study the phenomenon of phototropism and geotropism in plants.

The mechanism known as phototropism causes plants to bend toward the light. The plants need light to promote the process of photosynthesis, which produces energy. Phototropism is most often observed in plants, but can also occur in other organisms such as fungi.  A hormone called auxin, which responds to phototropism is present in the plant cells that are furthest away from the light and react to produce more protein and generate energy for the plant. This causes the plant to have elongated cells on the furthest side from the light. Almost all plants respond to photosynthesis in order to get more nutrition and energy. 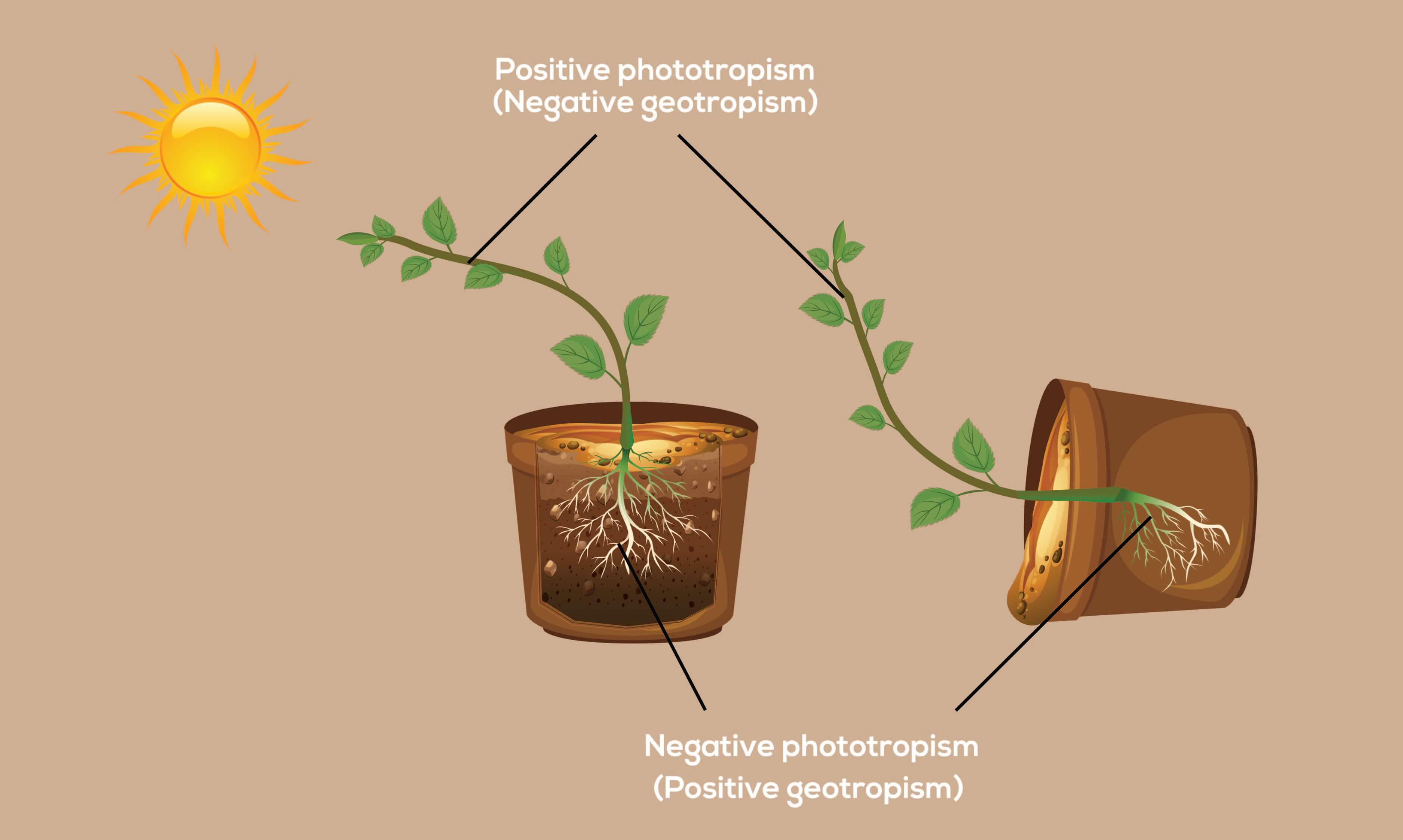 The root tip displays positive geotropism (grows in the same direction as gravity) and this is because the bottom side of a horizontally positioned root contains more auxin and develops less, which causes the root to grow in the direction of gravity, while the shoot tip exhibits negative geotropism (grows against the pull of gravity) this is because when a stem is placed horizontally, the bottom side has more auxin and develops more, which causes the stem to grow upwards in opposition of gravity. 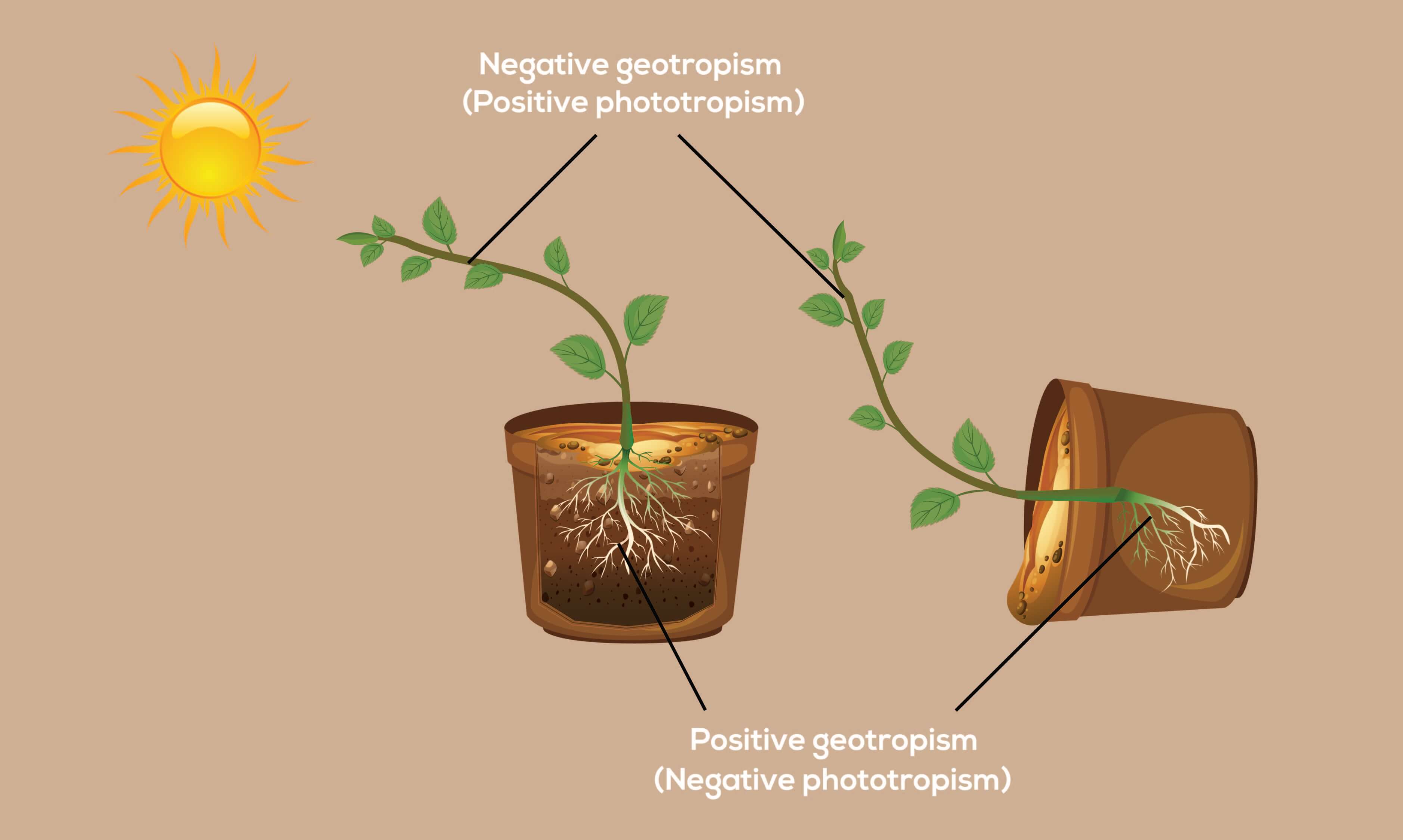