Our objective is to study some simple tests of carbohydrates.

Carbohydrates are most abundant organic compounds found in living organisms and are composed of carbon, hydrogen and oxygen. Carbohydrates act as the primary source to provide energy for functioning of living organisms. These are called carbohydrates because they can be considered as hydrates of carbon. Most of them have the general formula Cx(H2O)y. 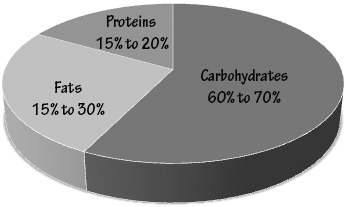 How do you classify carbohydrates based on reactivity?

Based on the reactivity with Tollen’s, Benedict’s or Fehling’s reagent, carbohydrates are classified as;

Carbohydrates that can reduce Tollen’s, Benedict’s or Fehling’s reagents are called reducing sugars (sugar with free aldehyde or ketone group). All monosaccharides and most of the disaccharides are reducing sugars. Some examples are Maltose and Lactose.

Some Important Tests for the Detection of Carbohydrates

Molisch’s reagent is 10% alcoholic solution of α-naphthol. This is a common chemical test to detect the presence of carbohydrates. Carbohydrates undergo dehydration by sulphuric acid to form furfural (furfuraldehyde) that reacts with α-naphthol to form a violet coloured product.

This is an important test to detect the presence of reducing sugars. Fehling’s solution A is copper sulphate solution and Fehling’s solution B is potassium sodium tartrate. On heating, carbohydrate reduces deep blue solution of copper (II) ions to red precipitate of insoluble copper oxide.