Water electrolysis is the breakdown of water into oxygen and hydrogen gas due to an electric current passing through it. The reaction has a standard potential of -1.23 V, implying that a potential difference of 1.23 volts is required to split water. 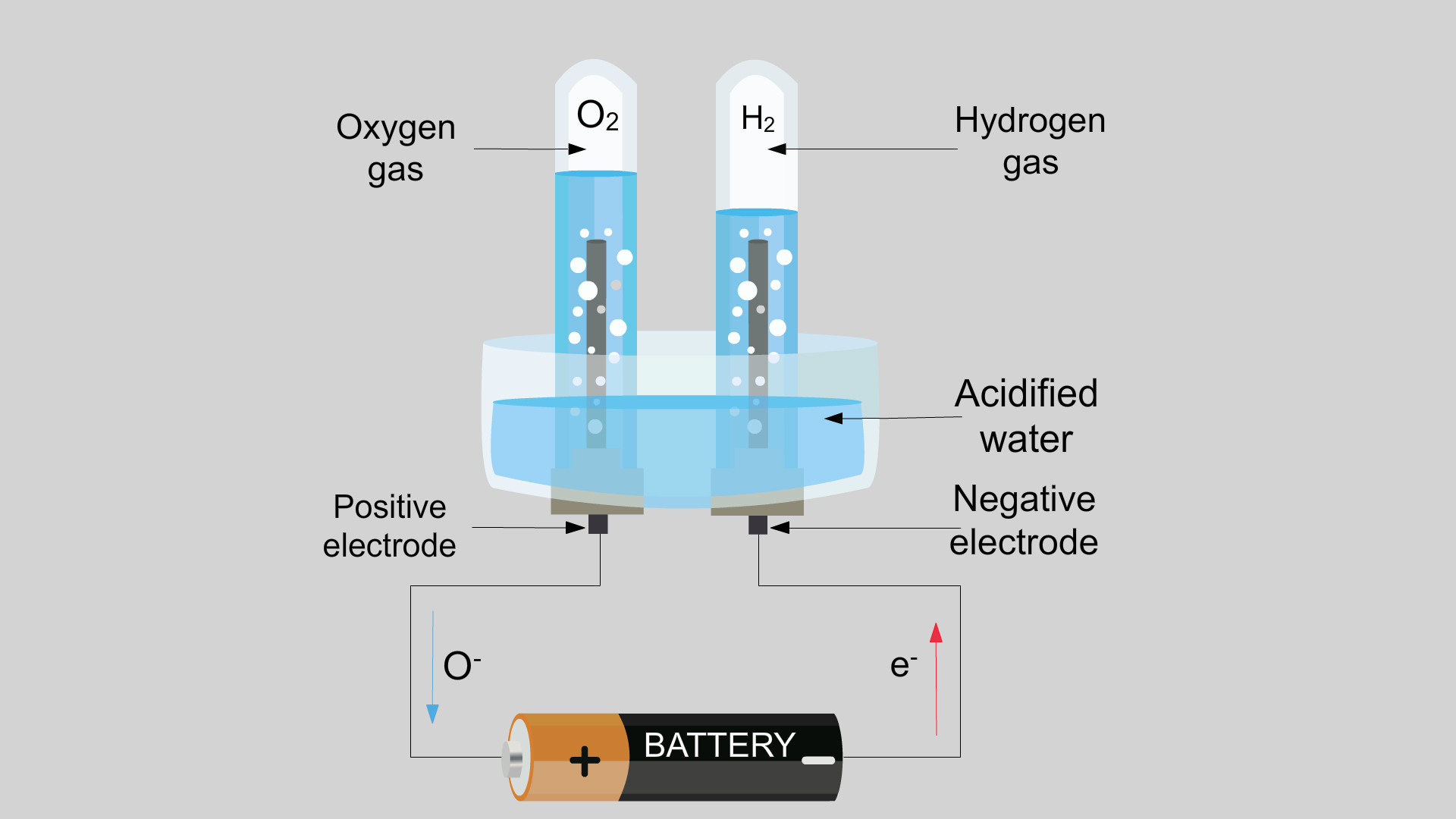 Equation of electrolysis of water

Half reactions in the electrolysis of pure water at pH=7, and 25°Care

The net reaction of electrolysis of water is given as follows;

The cell potential of pure water electrolysis is negative, making it thermodynamically unfavourable. Because of the low ion concentration and the surfaces to be traversed, an additional voltage (overvoltage) of around 0.6V is required at each electrode. Continuous electrolysis of clean water is only achievable at an external voltage of 2.4V. Because pure water electrolysis is thermodynamically infeasible, techniques to make it kinetically viable are being researched. One way is to enhance conductivity by increasing the number of ions accessible by adding acid, base, or non-reacting salts. 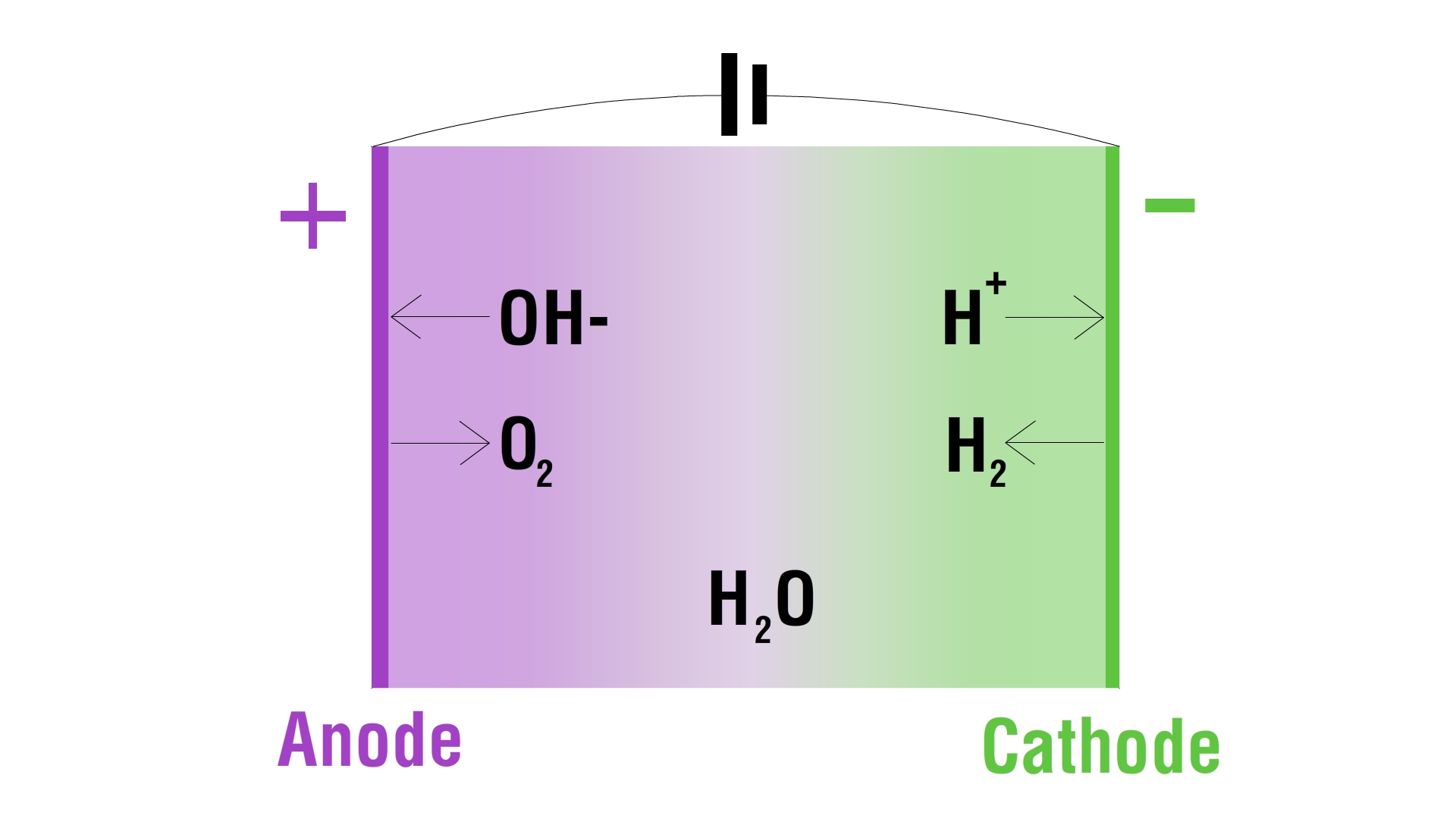 A battery is connected to the electrodes, and current is sent through them until the test tubes are filled with the required gas. The gas in the cathode sideburns with a popping sound when the extinguished splint is brought near the mouth of the test tube. Because hydrogen gas has this feature, the gas within the test tube is shown to be hydrogen. The anode side flame splint burns brighter, indicating that the gas is oxygen. This experiment proves that water is composed of hydrogen and oxygen.

Table salt, known as sodium chloride (NaCl), is an excellent electrolyte supplement. Salt breaks into Na+ and Cl- ions in water, which are excellent conductors of current or the movement of electric charges. The gases formed in the water-salt solution include hydrogen, oxygen, and chlorine (Cl2).

Factors Affecting the Efficiency of Electrolysis 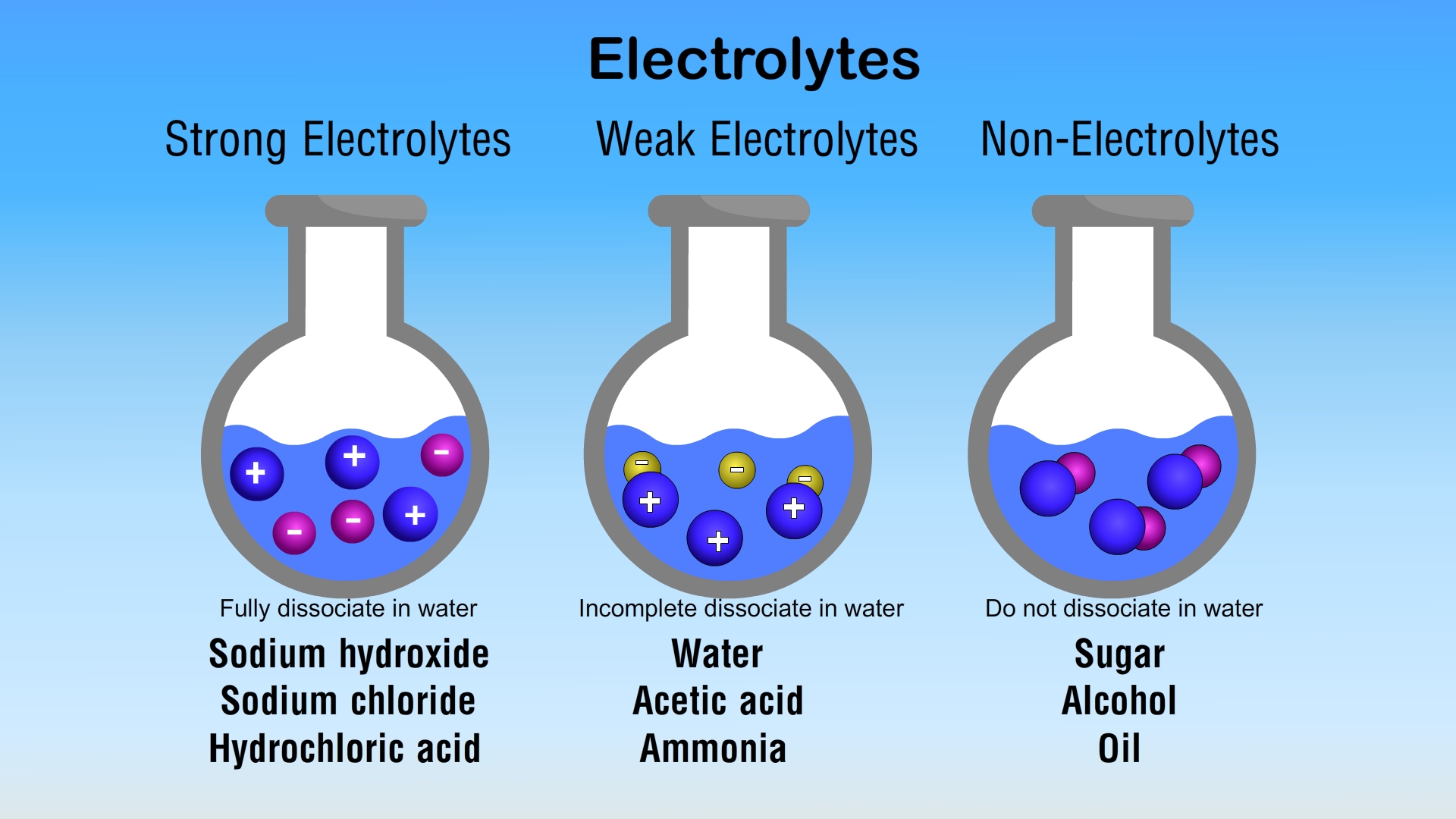 The students will be able to