Our aim is to study plant population density by the quadrat method.

Counting all individuals in a population is the most accurate way to determine its size. However, this approach is not usually feasible, especially for large populations or extensive habitats. Scientists usually calculate plant populations with the quadrat method. A quadrat is a square that encloses an area within a habitat.  For herbaceous vegetation, a metre square quadrat is normally used. 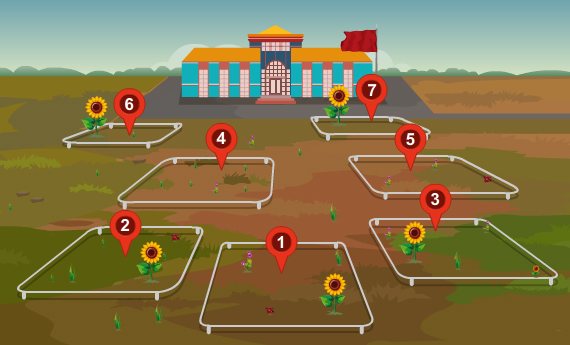 Population density is calculated as follows:

Density   = (Total no.of individuals of the species in all the sampling unit (S))/(Total number of sampling units studied (Q))