Our aim is to prepare a temporary mount of onion root tip to study mitosis.

All organisms are made of cells. For an organism to grow, mature and maintain tissue, new cells must be made.  All cells are produced by division of pre-existing cells. Continuity of life depends on cell division.  There are two main methods of cell division: mitosis and meiosis. In this tutorial we will learn about mitosis.

The meristamatic cells located in the root tips provide the most suitable material for the study of mitosis. The chromosome of monocotyledonous plants is large and more visible, therefore, onion root tips are used to study mitosis. Based on the kind of cells and species of organism, the time taken for mitosis may vary. Mitosis is influenced by factors like temperature and time 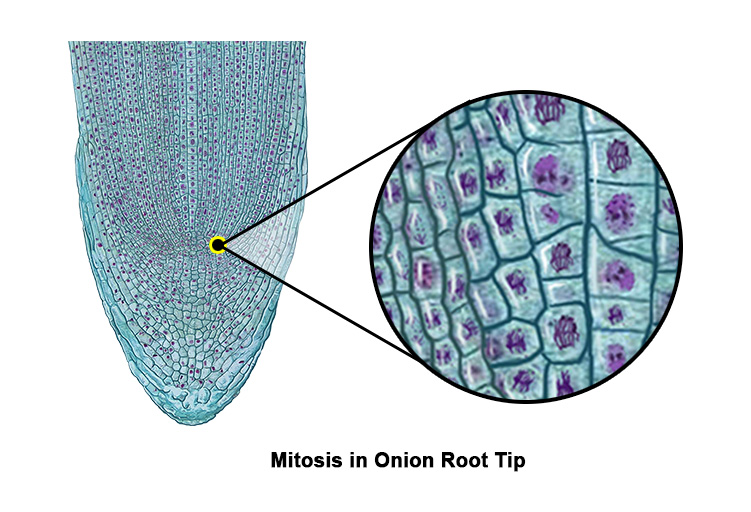