Our objective is to study the characteristics of the following plants- Petunia, Lathyrus, Asparagus and Onion.

Let's begin with the basic anatomy of flowers.

Flower is a reproductive organ of the angiosperm plant that contains thalamus and floral leaves. A typical flower consists of four types of floral leaves called sepals, petals, stamens and carpels in distinct whorls normally known as calyx, corolla, androecium and gynoecium respectively. A flower in which all the four whorls are present (Sepal, Petal, Carpels, Stamens) are called as complete.The stalk of a flower  is called as pedicel that holds the actual flower up in the air.

Based on the symmetry of the flowers can be described in to following types:

1. Actinomorphic: Flowers can be divided into two halves through any vertical plane.

2. Zygomorphic: Flowers can be divided into two equal halves only along one vertical plane.

3. Asymmetrical: Flowers which cannot be divided into equal halves by any plane.

Based on the position of calyx, corolla, and androecium with respect of ovary, the flowers are described as following:

1.Hypogynous (Superior ovary): Gynoecium occupies the highest position while the other parts are situated below it.

2.Perigynous (Half inferior): If gynoecium is situated in the centre and other parts of the flower are located on the rim of the            thalamus almost at the same level.

3.Epigynous (Inferior ovary): The ovary situated in a flask shaped thalamus and other parts of flower arise above the ovary.

Parts of a flower

The calyx is the outermost whorl of the flower and is called sepals. Sepals looks like green leaves that are seen underneath the flower. Calyx may be gamosepalous (sepals united) or polysepalous (sepals free).

The corolla is the second whorl of the flower and is composed of petals. Petals are the most colorful parts of a flower. Corolla may be gamopetalous (petals united) or polypetalous (petals free).

The arrangements of sepals or petals in the floral bud, with respect to the members of the same whorls are called aestivation.

1.Valvate: When sepals or petals do not overlap one another at the margin, without overlapping.

2.Twisted: Sepals or petals overlap with the next sepal or petal.

3. Imbricate: If the margins of sepals or petals overlap one another but not in any particular direction are called imbricate                aestivation.

Androecium is the third whorl of the flower which contains the male reproductive organ, stamens.  A stamen consists of an anther and a filament.

The stamens are variously fused among themselves. They can be of the following type:

Based on the attachment of filament to anther, it can be of the following type:

Gynoecium is the innermost whorl of a flower, consisting of one or more units called carpels. Each carpel includes an ovary, a  style and a stigma.

Carpels are of two types depending upon fusion:

The arrangement of placentae bearing ovules inside the ovary is called placentation. It is of following types.

We will now look at the characteristics of some plants based on their family. 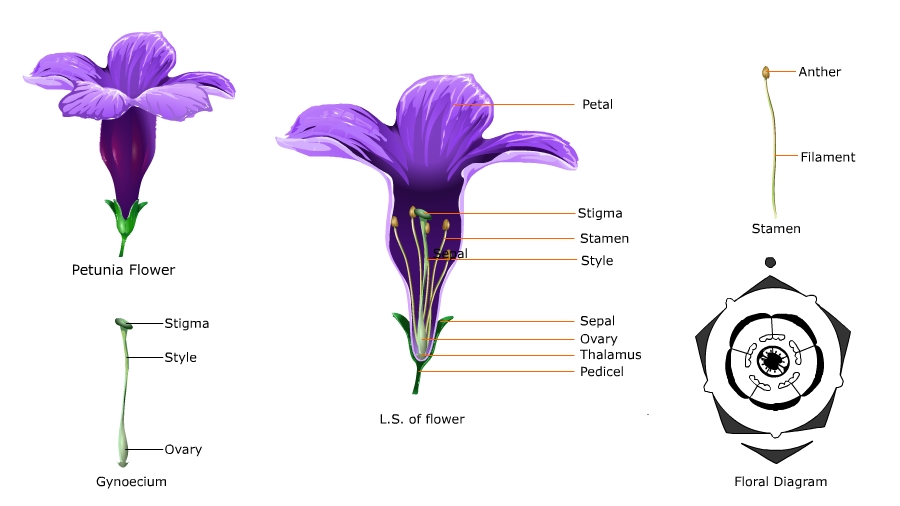 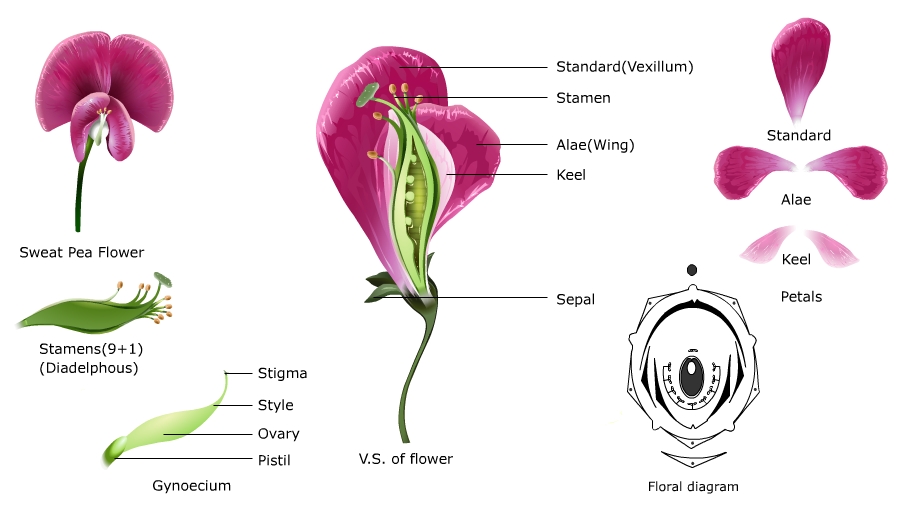 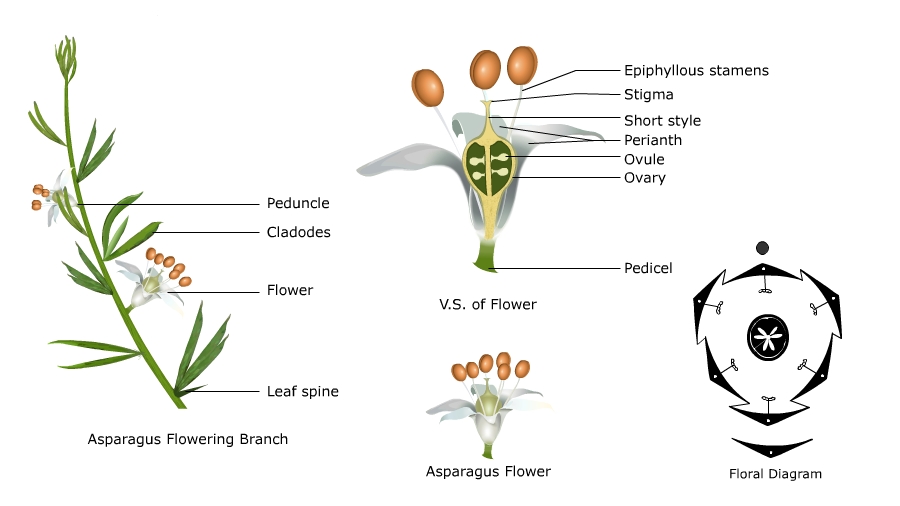