Emulsions are an important class of the colloidal system. It is a liquid-liquid colloidal system in which the dispersed phase and dispersion medium are liquids. Emulsions are a mixture of two or more immiscible liquids that are normally immiscible. They have the property to scatter the light passed through them, called Tyndall effect.

A few examples are milk and mayonnaise.

How can we classify Emulsions?

Emulsions can be classified into different types. 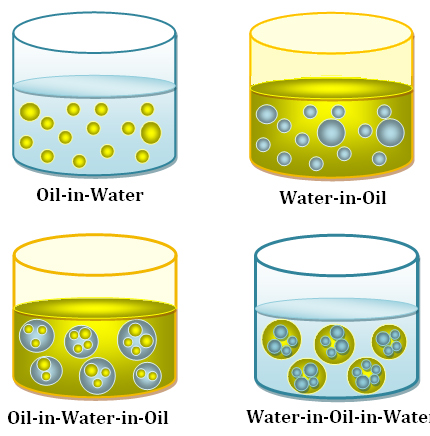 Stability of an emulsion refers its ability to resist the change in its properties. Emulsions are often recognised by their cloudy white appearance, since the substances do not mix together in a unified manner. After a short time, the mixed substances separate into different layers by various manners. This is called the instability of emulsion. There are four different types of instability in emulsions: 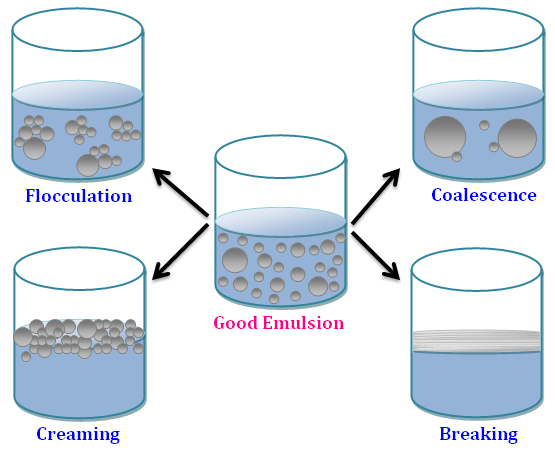 The process of making emulsions is known as emulsification. Emulsions can be obtained by vigorously agitating a mixture of both the liquids. But these emulsions are thermodynamically unstable because the dispersed droplets at once come together and form separate layers. The emulsions therefore need to be stabilised.

How do we stabilise emulsions?

There are several ways by which emulsions can be stabilised. One method is the addition of small quantity of third substances known as emulsifying agents.

What are emulsifying agents? 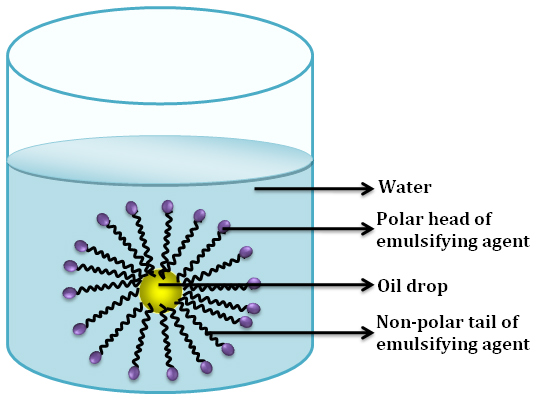