Our objective is to study some simple tests of proteins.

Food is a necessary material which must be supplied to the body for its normal and proper functioning. It is the main source of energy and promotes growth. It regulates body processes like assimilation and digestion and sustains life. Every good food contains some important nutrition like proteins, carbohydrates, fats, vitamins, minerals and water. All these nutrients are important for health and they work together to build new cells in our body and keep the body working properly. 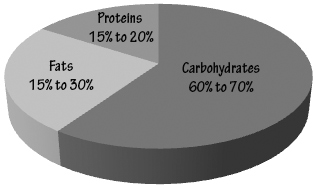 Protein is an important macronutrient essential for survival. They are constituent of calls and hence are present in all living bodies. 10-35% of calories should come from protein. Protein is found in meats, poultry, fish, meat substitutes, cheeses, milk etc.

Proteins are large biological molecules composed of α-amino acids (Amino acid in which amino group is attached to α-carbon, which exist as zwitter ions and are crystalline in nature). They contain carbon, hydrogen, oxygen, nitrogen and sometimes phosphorous and sulphur. 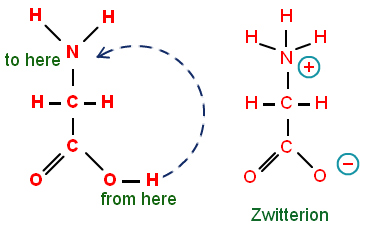 Depending on the number of amino acid molecules involved in the condensation reaction, the products formed are classified as;

They are the products formed by the condensation of two α-amino acid molecules.

They are formed by the condensation of three α-amino acid molecules.

If large number of amino acid molecules combine, the product formed is called polypeptide. A polypeptide having molecular mass greater than 10000 is called a protein. Proteins differ from one another primarily in their sequence of amino acid. There are about more than 20 amino acids. Some amino acids are not made by the body and are supplied through diet. They are called essential amino acids.

Some Important Tests for the Detection of Proteins

This test is used to detect the presence of peptide bond. When treated with copper sulphate solution in presence of alkali (NaOH or KOH), protein reacts with copper (II) ions to form a violet coloured complex called biuret.

It is an identification test of protein and it gives a positive result with those proteins with amino acid carrying aromatic group. When protein is treated with hot concentrated nitric acid, a yellow coloured substance is formed. The yellow colour is due to xanthoproteic acid which is formed by the nitration of certain amino acids present in protein such as tyrosine and tryptophan.

This is a test for amino acids and proteins with free –NH2 group. When such an –NH2 group reacts with ninhydrin, an intense blue coloured complex is formed.

When egg albumin is treated with Millon’s reagent, it first gives a white coloured precipitate which then changes to brick red on boiling. Gelatin does not give this test.