What is an inorganic compound?

What are the different types of inorganic compounds?

The two important classes of inorganic compounds are Coordination Compounds and Double Salts.

Complex compounds are formed by a large number of transition metals in which the metal atom is bound to neutral molecules or to negatively charged species called ligands. The elements of group 3-12 are called transition metals.

Potassium trioxalatoferrate (III) is a coordination compound. In this complex, iron is the central metal ion and oxalate [(C2O4)2-] is the ligand. Oxalate is a bidentate ligand in which two oxygen atoms donate electrons to the central iron atom. It is an octahedral transition metal complex in which iron is in the +3 oxidation state. So we can say that in complex potassium trioxalatoferrate (III), the central Fe3+ ion is octahedrally surrounded by bidentate oxalate ligands.  Potassium acts as the counter ion, and the Fe3+ ion, along with the ligand, constitute the coordination sphere.  The structure is shown below. 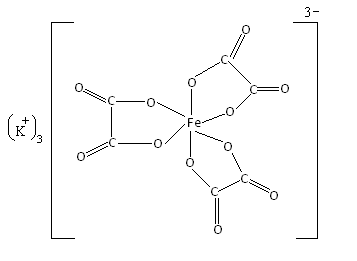 Double salts are compounds that contain more than one cation or anion. Double salts are obtained by the combination of two different salts. The two salts crystallise together to form a single substance, but it ionises as two distinct salts when dissolved in water. The properties of double salts are different from its component single salts.

Ferrous ammonium sulphate is a double salt of ferrous sulphate and ammonium sulphate (Mohr’s salt). It has the formula FeSO4.(NH4)2SO4.6H2O.  It contains two different cations Fe2+ and NH4+. It is used as a primary standard in volumetric analysis. The crystals are light green coloured and are monoclinic in shape. 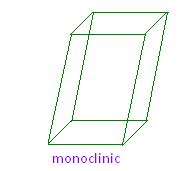 Another example is Alum.  Alums are the most common examples of double salts. These are double sulphates having general formula X2SO4.M2(SO4)3.24H2O

If you take Potash alum (Fitkari) [K2SO4.Al2(SO4)3.24H2O], it is a double salt of potassium sulphate and aluminium sulphate. The crystals of potash alum are octahedral in shape and are highly soluble in water. It is commonly used in the purification of water. 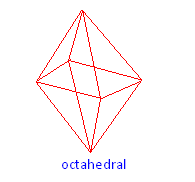 These are crystalline solids and are soluble in water. Due to hydrolysis, their aqueous solutions have acidic character.