Study of Reproduction in Fungi

Mycology is the field of biology which deals with the study of fungi, including its physical characteristics, special interactions with other organisms. Fungi usually reproduce both sexually and asexually.

A fungus is a member of a large group of eukaryotic organisms that includes microorganisms such as yeasts, molds, and some types of mushrooms.  Most fungi reproduce by producing spores, which can survive harsh conditions including extreme cold and a lack of water. 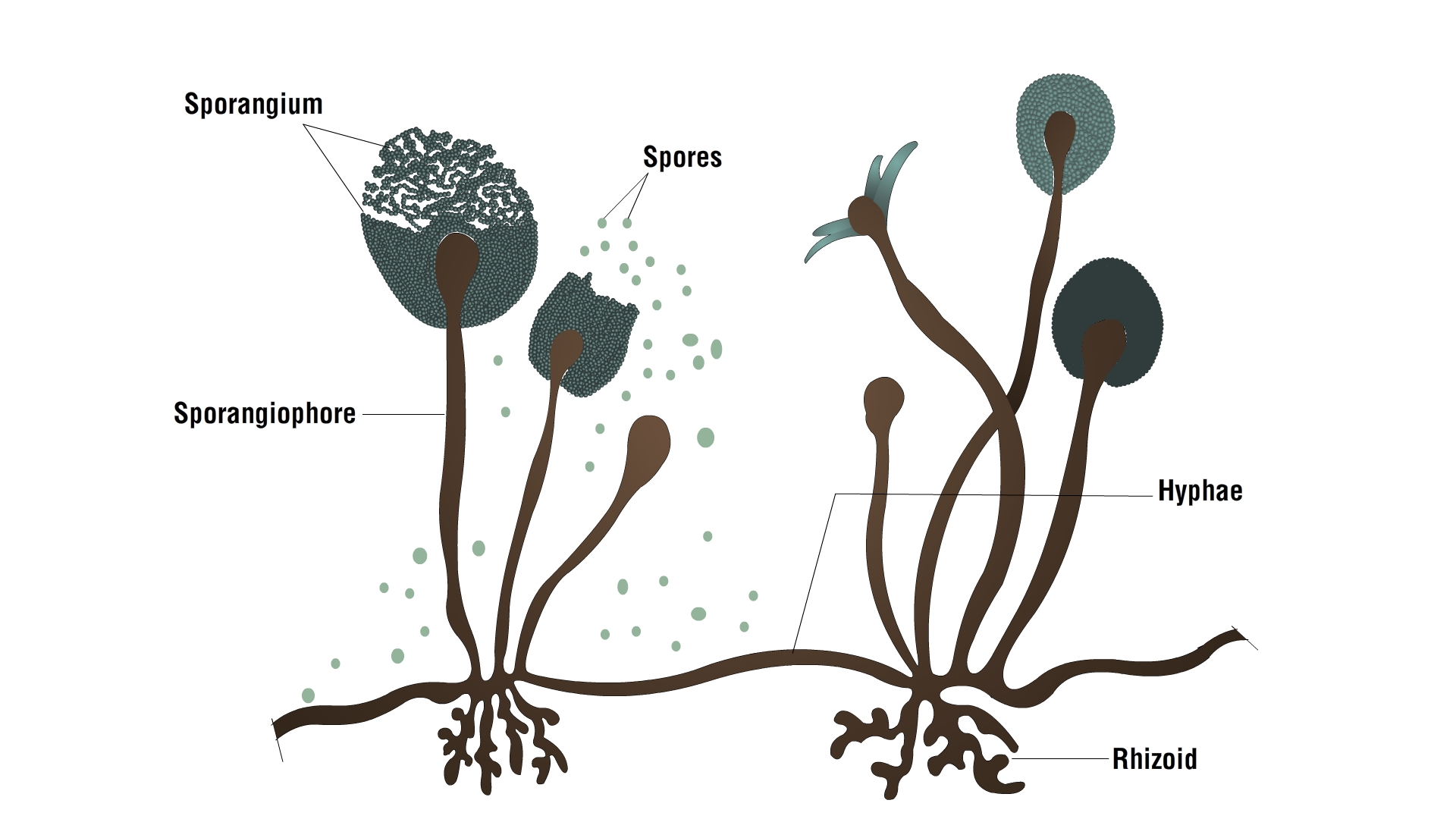 Asexual reproduction occurs either with vegetative spores or through mycelia fragmentation, in which the fungal mycelium splits into pieces and each piece develops into a new mycelium. Some common type of fungi such as Rhizopus , aspergillus, penicillium etc. Which are known to be saprophytic fungus.

There are many types of asexual reproduction. The four major types are:

In binary fission, a parent cell splits into two equal halves or daughter nuclei, and each of which is divided into new individuals.

Budding is an asexual mode of producing new organisms. In this process, a new organism i.e., bud is developed from a small part of the parent's body, later this bud detaches to develop into a new organism.

In some fungi, the mycelium breaks up into small fragments or pieces and each of which is able to develop into new individuals.

Spore formation is the characteristic feature of fungi. When spores are released they keep floating in the air. As they are very light they can cover long distances.

Spores are asexual reproductive bodies. Each spore is covered by a hard protective coat to withstand unfavorable conditions such as high temperature and low humidity. So they can survive for a long time. Under favorable conditions, a spore germinates and develops into a new individual. Plants such as moss and ferns also reproduce by means of spores. Different fungi form distinct types of spores such as,

These asexual spores are produced in a sac-like structure called sporangia or sporangium.

Sporangium is produced at the end of special aerial hyphae called sporangiophore.

Sporangium contains large numbers of haploid spores, which are released by rupture of sporangial wall. 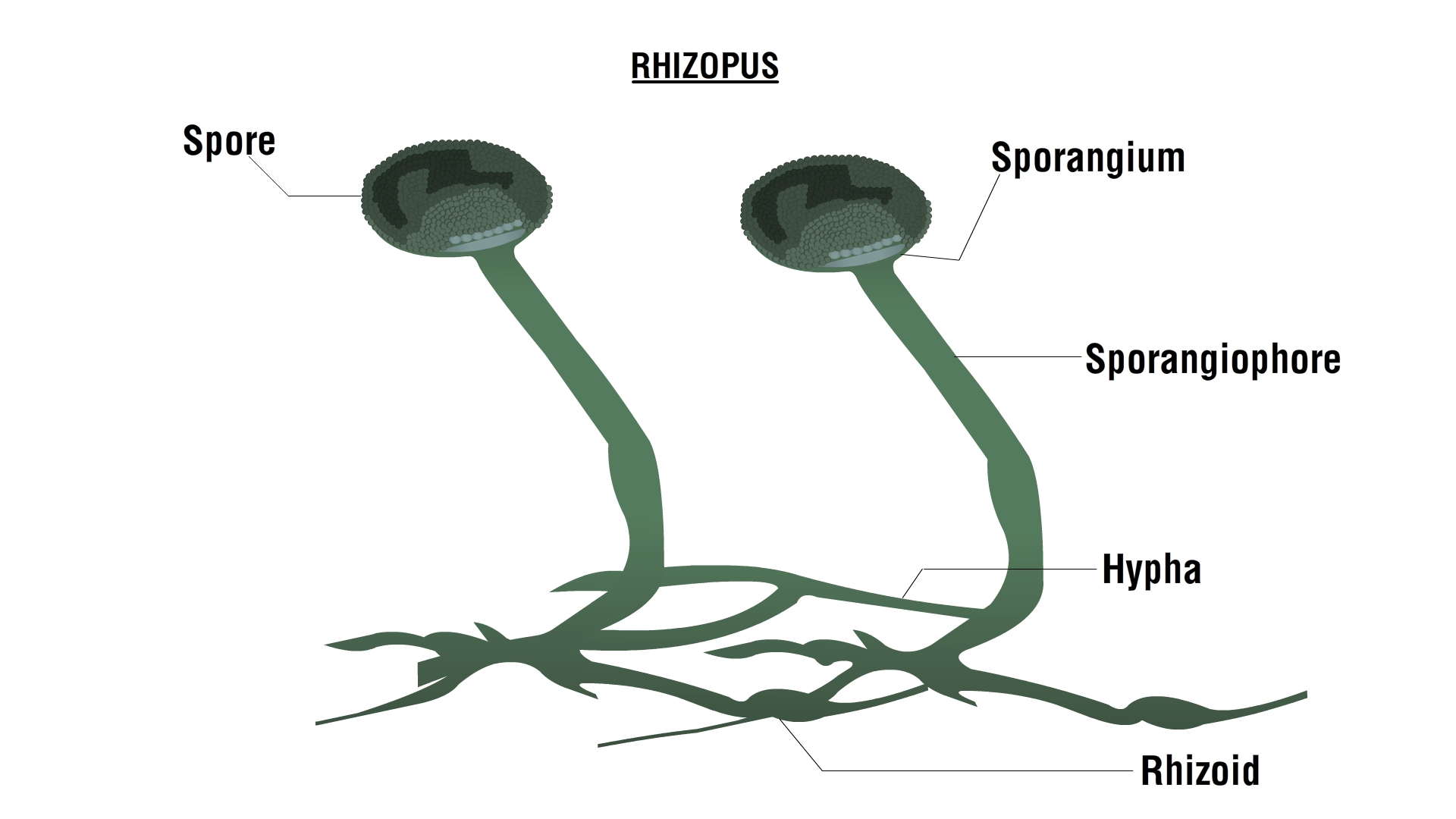 Conidiospores or conidia are single-celled, bi-celled or multicell structures born on the tip or side of aerial hyphal structure called conidiophores.

Conidia are different from sporangiospore as these are not produced inside sporangium or any sac like structure. 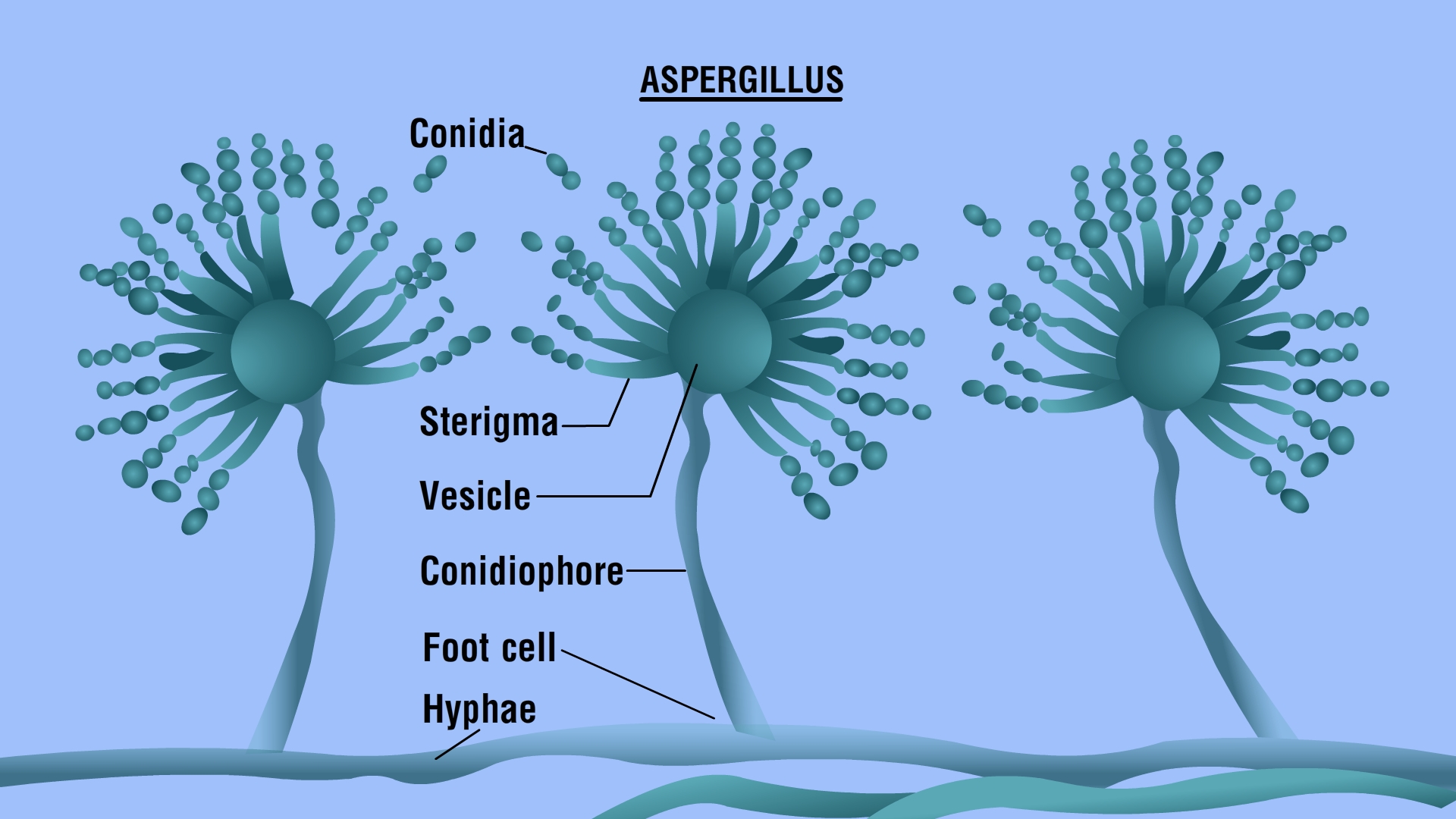 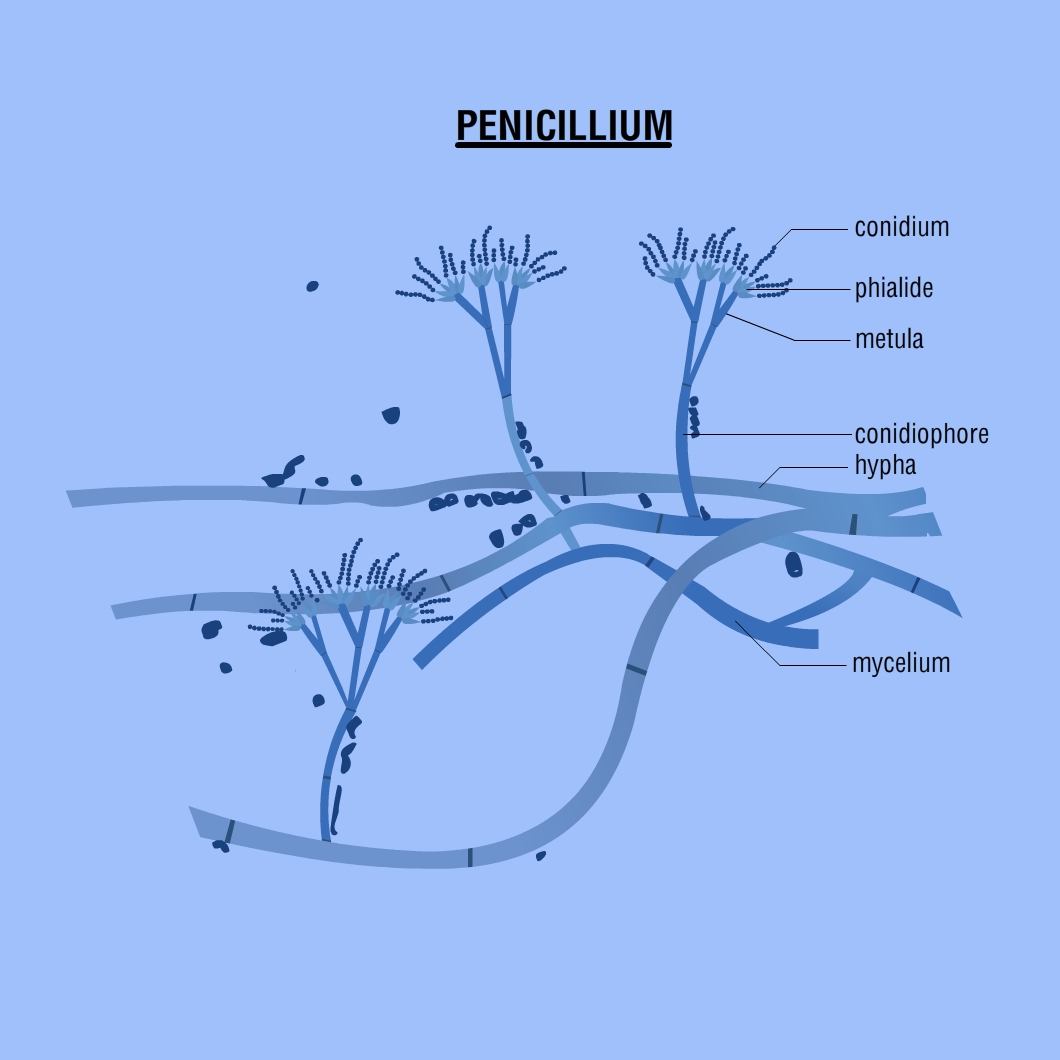 Arthrospores are very primitive type of spore formed by the breaking up of fungal mycelium.

These are usually formed during unfavorable conditions and are thick-walled single-celled spores, which are highly resistant to adverse conditions.

It is a budding spore usually formed at the terminal end of hyphae.

These spores may remain attached to hyphae and bud further to give a branching chain of blastospores.