To study image formation by a convex lens using a lighted candle.

Lens: The lens is a transparent medium bounded by two surfaces one or both of which may be curved.

Convex Lens: A lens with both its sides bulging outward in the middle is a convex lens. It is also known as a converging lens. Light rays when refracted through a lens obeys the laws of refraction. 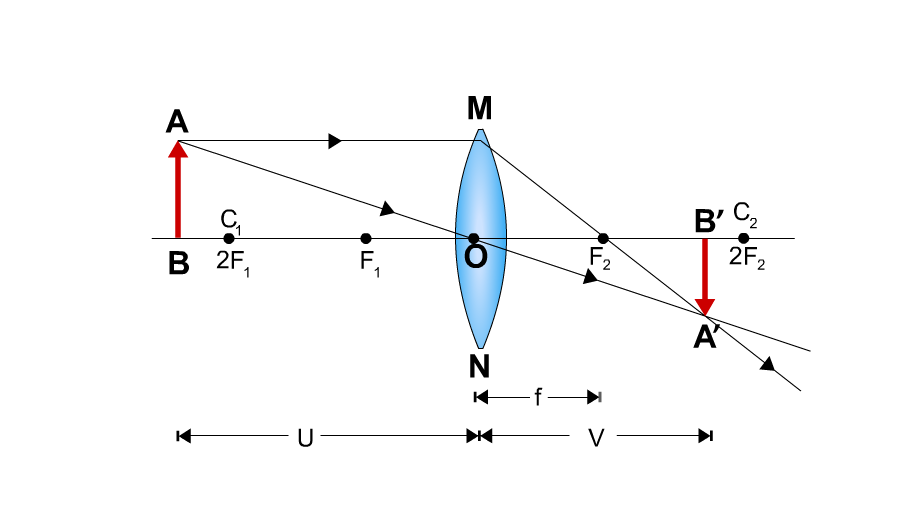 The nature, position, and size of the image formed depend on the position of an object. It can be studied by keeping the object AB, the lens, and the image A’B’ all on the same straight line and observing the image for different object distances.

For a spherical lens, the object distance u and image distance v can be related to focal length using the lens formula -

Knowing any of these 2 variables, we can find the third one. This enables us to find focal length of the given lens by when u and v are known. Similarly, we can predict where the image will be formed for a given object distance, if we know the focal length of the lens. 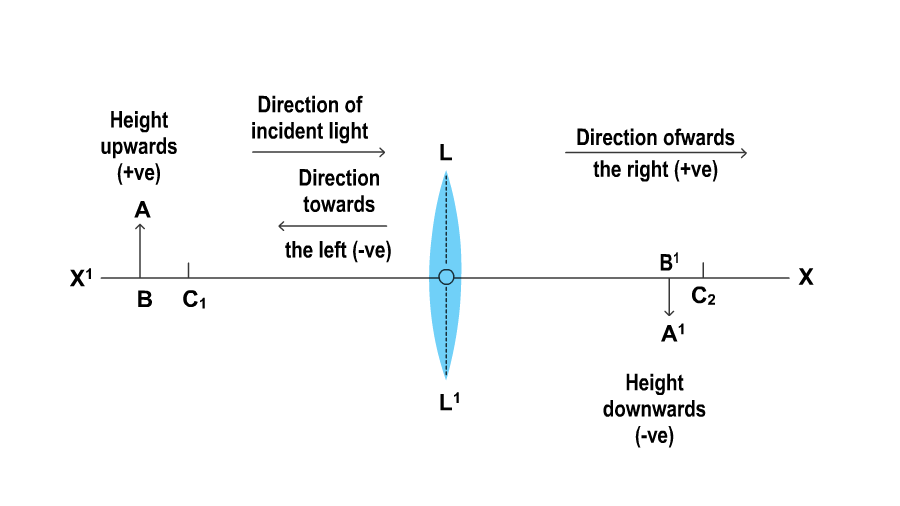 Magnification produced by a lens is defined as the ratio of the height of the image (h’) to that of the object (h). It can also be related to the object distance (u) and the image distance (v).

Magnification is negative for real and inverted images whereas it is positive for virtual and erect images.