(ii) To find the refractive index of the material of the prism using A and D.

A prism is an optical element. It has polished flat surfaces that refract light. The traditional geometric shape of a prism has a triangular base and two rectangular sides. It is called triangular prism.

A prism can be made from materials like glass, plastic and fluorite. It can be used to split light into its components.

How a Prism Works

When light travels from one medium to another medium, it is refracted and enters the new medium at a different angle. The degree of bending of the light's path depends on the angle that the incident beam of light makes with the surface of the prism, and on the ratio between the refractive indices of the two media. This is called Snell's law.

The refractive index of many materials varies with the wavelength of the light used. This phenomenon is called dispersion. This causes light of different colors to be refracted differently and to leave the prism at different angles, creating an effect similar to a rainbow. This can be used to separate a beam of white light into its constituent spectrum of colors.

The relation between Refractive Index (n), Angle of Prism (A) and Angle of Minimum Deviation (D) 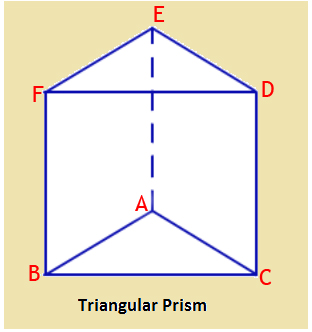 The angle A between the two refracting surfaces ABFE and ACDE is called the angle of prism.

A ray of light suffers two refractions on passing through a prism. If KL be a monochromatic light falling on the side AB, it is refracted and travels along LM. It once again suffers refraction at M and emerges out along MN. The angle through which the emergent ray deviates from the direction of incident ray is called angle of deviation 'd'. 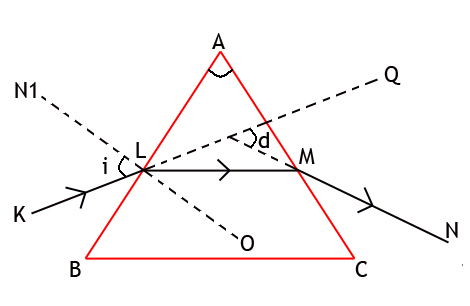 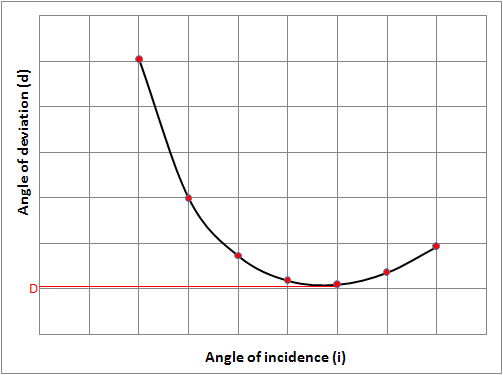