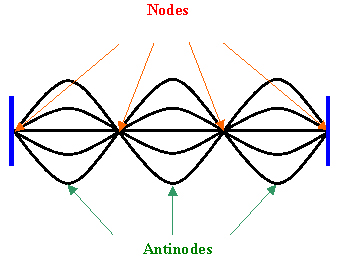 Stationary waves are produced by the superposition of two waves of same frequency and amplitude travelling with same velocity in opposite directions. Due to the constructive interference, these waves produce certain fixed points along the medium which undergo zero displacement. These points of no displacement are known as nodes. Midway between every nodes are regions of maximum displacement. These points are called antinodes. 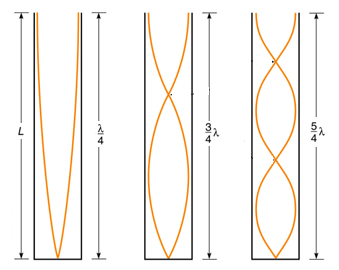 Vibration of air column can be set up in a resonance column apparatus. It consists of a long metal tube held vertically in a tall jar containing the water. The tube can be fixed in vertical position. The length of the air column can be varied by raising or lowering the tube. 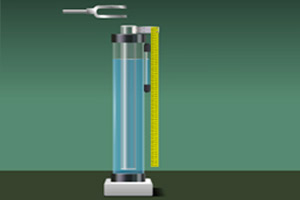 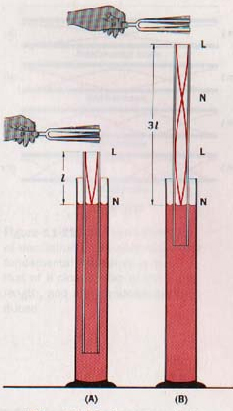 From the above equations we get the relation,

Thus the velocity of sound waves on air at room temperature can be found as,

ie;    which can be calculated.