To study the relationship between the temperature of a hot body and its time of cooling by plotting a cooling curve.

This Law of Cooling is named after the famous English Physicist Sir Isaac Newton, who conducted the first experiments on the nature of cooling.

Statement of the Law :

From the above statement,

Now, the rate of cooling,

Since the mass and the specific heat of the body are taken as constants, the rate of change of temperature with time can be written as,

The above equation explains that, as the time increases, the difference in temperatures of the body and surroundings decreases and hence, the rate of fall of temperature also decreases.

It can be graphically represented as, 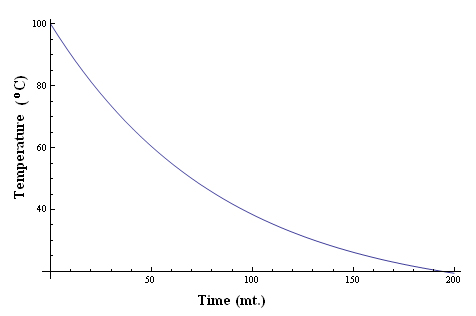