The inclined plane consists of a smooth plane hinged to a base so that it can be set at any desired angle. Consider a heavy metal roller connected to a scale pan by a light extensible string passing over a frictionless pulley resting on the plane as shown in the figure given below. 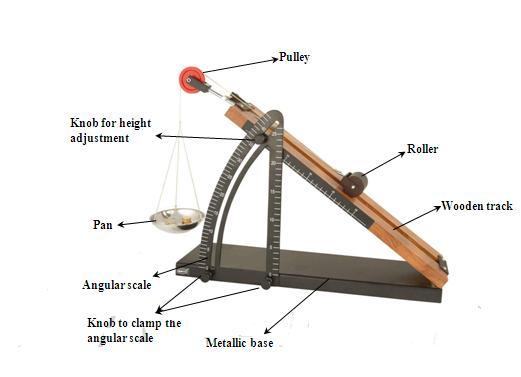 If a body of mass (say m) is placed over an inclined plane, that is inclined at an angle

with the horizontal, its weight mg acts vertically downward. The component mg cos

of the weight acts normally downward on the plane balances the upward normal reaction (say R) of the inclined plane. The component mg sin

of the weight acting parallel to the inclined plane downwards, produces motion in the body. 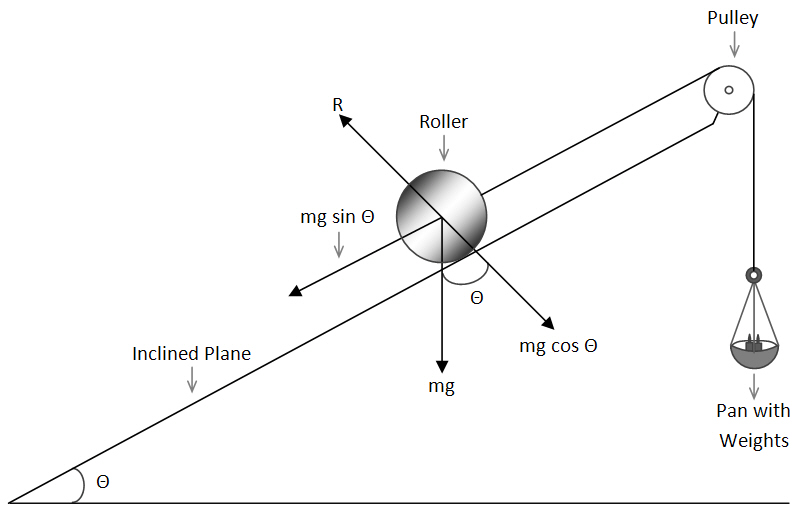 Then the downward force acting on the body along the inclined plane,

which must be equal to

Thus, a graph between sin θ along X-axis and W along Y-axis must be a straight line.