To plot the velocity–time (v – t) graph for an object moving with uniform accelerations from a given set of v – t data and to determine the acceleration of the moving object and the distance moved by the object.

Different objects may take different amounts of time to cover a given distance.  We can determine how fast or how slow an object is moving by calculating the speed of the object. Speed of an object is the distance travelled by the object in unit time.

The speed of an object moving in a definite direction is known as its velocity. The velocity of an object can be uniform or variable. It can be altered by changing the object’s speed, direction of motion or both.

When an object travels equal distances in equal intervals of time, it is said to be in uniform motion. During uniform motion of an object along a straight line, the velocity remains constant with time.

If an object moving with an initial velocity u (at time 0) attains the final velocity v (in time t), then the acceleration a is

Slope of the v-t graph 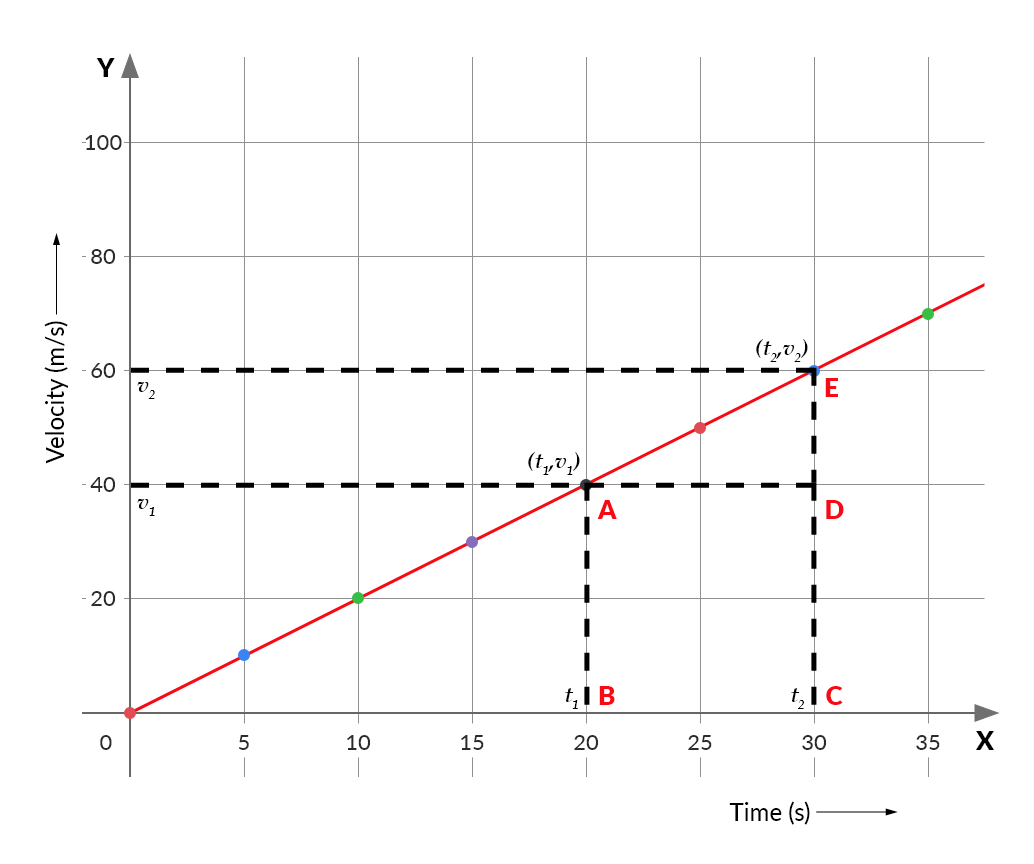 Area under the v-t graph 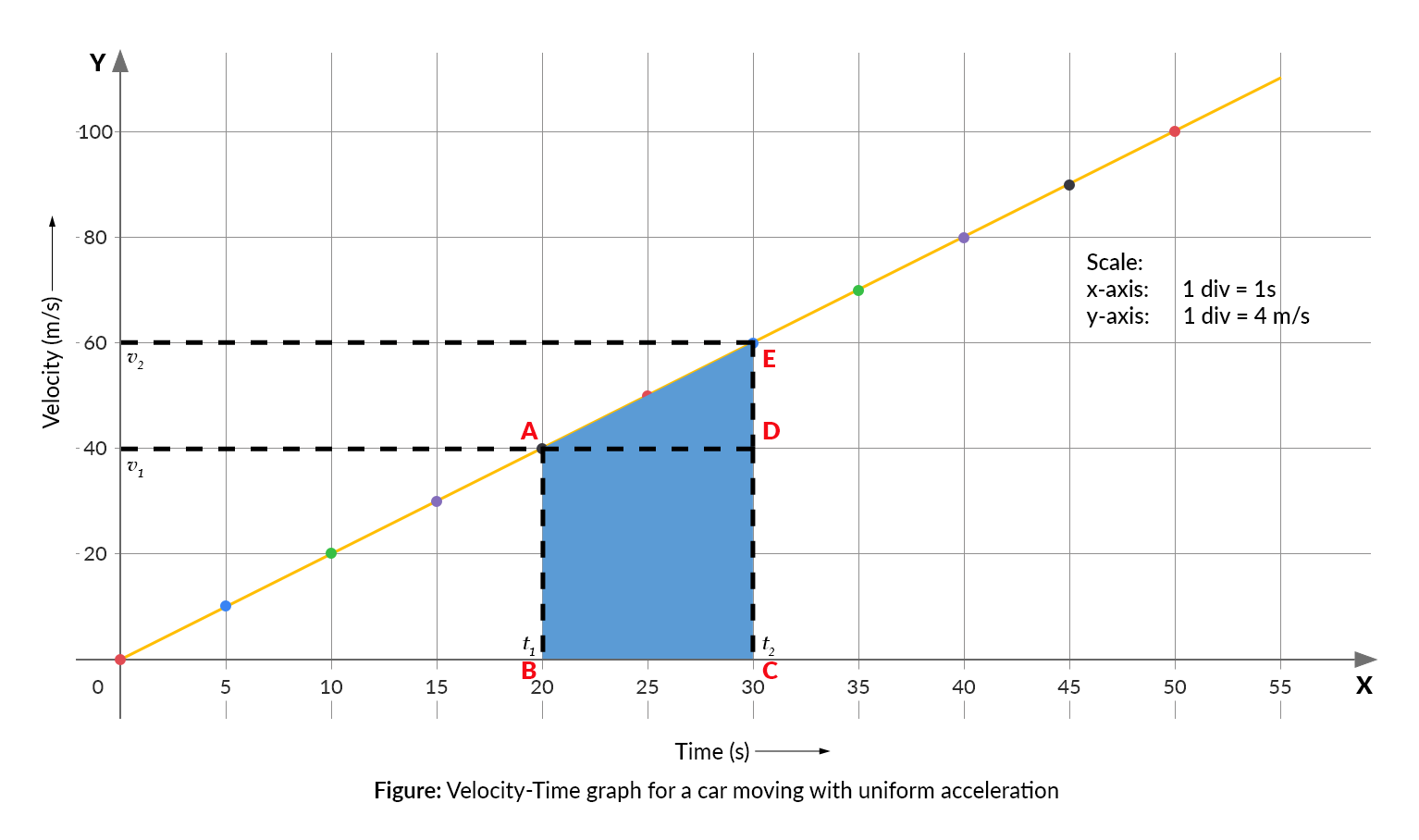 Some examples of Velocity - Time graph

Speed of such an object is constant. Hence, the velocity- time graph for an object in uniform motion is a straight line parallel to the time axis. As the change in velocity of the object for any time interval is zero, the slope of the graph is zero. 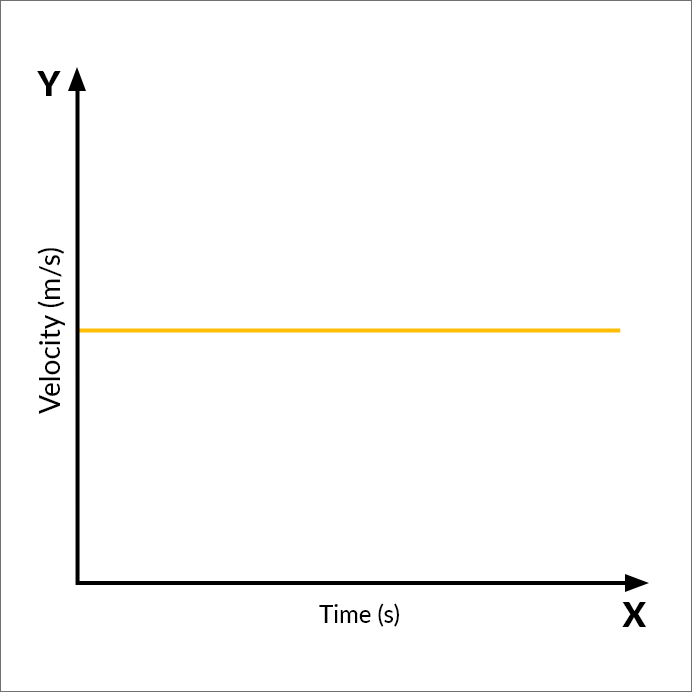 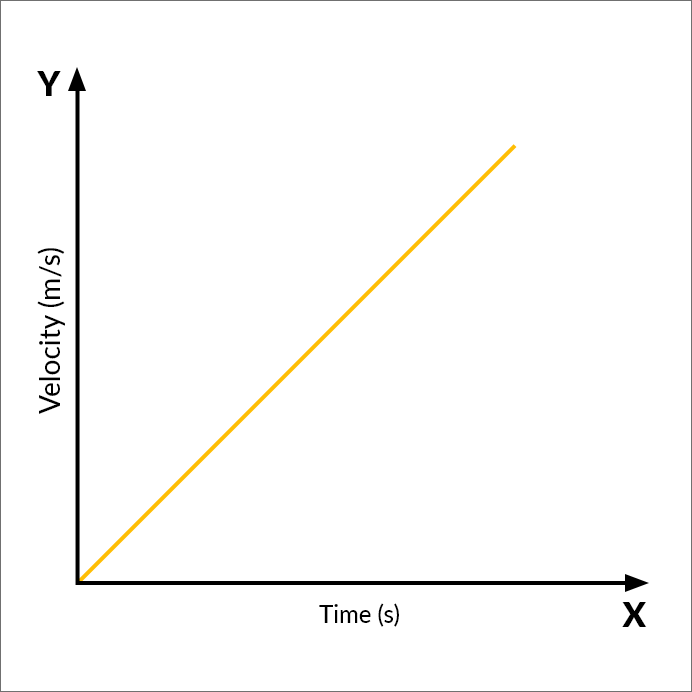 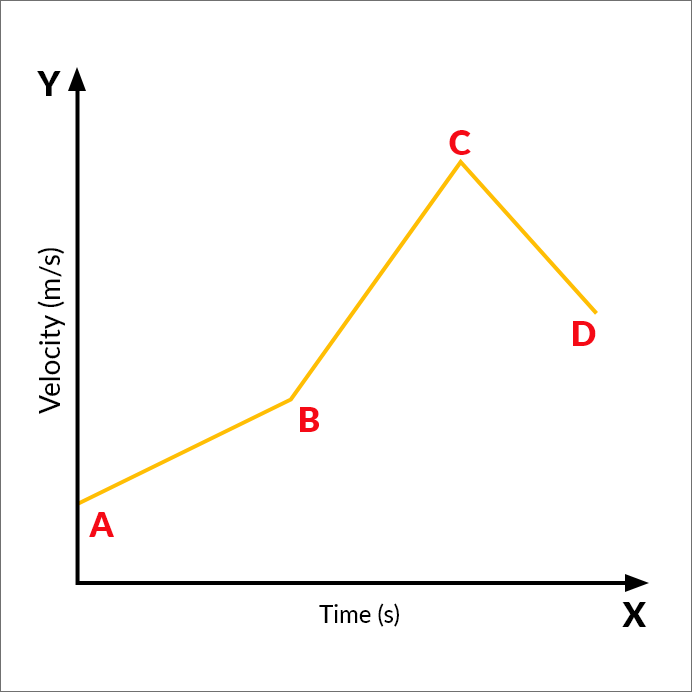